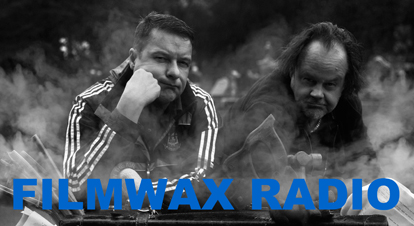 Larry Fessenden returns to the podcast to celebrate Halloween, and more importantly, the release of the 4th season of his horror audio plays, Tales From Beyond the Pale. Joining the Maestro are friends and collaborators, filmmaker & Tales co-creator Glenn McQuaid, actor Barbara Crampton, and two contributing writers, April Snellings and Clay McLeod Chapman. The new edition includes 10 plays with an array of great actors lending their voices including Martin Starr, Joshua Leonard, and Pat Healy to name a few. Purchase Volume 4 off the Tales website as digital downloads or physical media. Tales is a production of Glass Eye Pix. 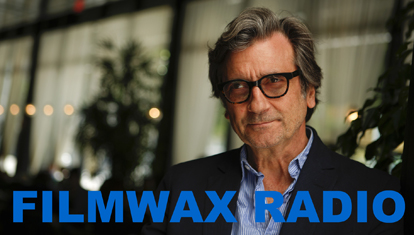 In the first segment [7 mins.] we celebrate the lost artifact cum cult comedy Chief Zabu with its two co-directors, Neil Cohen and funny man & character actor Zack Norman. The two discuss the history of their comedy which was made 1986, shot but never completed until now. Chief Zabu is an audacious low-budget socio-political comedy about Ben Sydney (Allen Garfield), a delusional New York real estate developer who dreams of getting political power.The sublime cast also features legends Allan Arbus, Ed Lauter & Zack Norman, among others. We will be having a screening (hosted by Filmwax’s Adam Schartoff) at Videology in Williamsburg, Brooklyn on Thursday, November 2nd at 9PM which will include a Q&A moderated by Schartoff and some stand-up comedy by Zack Norman. Tickets are still available but in limited supply! Come and join us for the fun.

In the 2nd segment, [1 hr. 14 mins. 33 secs.] Filmwax Radio welcomes back filmmaker & actor Griffin Dunne (After Hours, I Love Dick) for a conversation about his new documentary film about his Aunt Joan which recently premiered at the New York Film Festival, Joan Didion: The Center Will Not Hold. The film is having a theatrical run at the Metrograph in NYC and will be available on Netflix on Friday, October 27th. Dunne will be at various Q&A’s this weekend. Check the Metrograph website for tickets and further details. 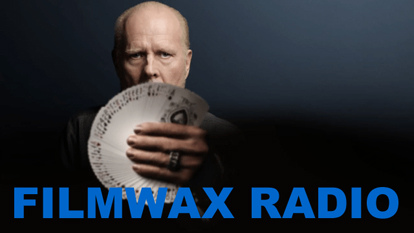 First up [4 mins. 0 secs.], half the filmmaking team behind the dramatic thriller, Walking Out, Alex Smith (Winter in the Blood, The Slaughter Rule) returning to the podcast; he last appeared with his filmmaking partner & twin brother, Andrew J. Smith on Episode 235. Walking Out is currently screening in various theaters around the country and also available for streaming on iTunes. Once a year, fourteen-year-old David (Josh Wiggins) travels from his mother’s home in Texas to visit his loner father, Cal (Matt Bomer), in the remote mountains of Montana. There, the two embark on their annual hunting excursion, during which the taciturn Cal attempts to connect with his smartphone-addicted son. But when a terrifying turn of events leaves Cal critically wounded, it’s up to the teenage David to summon enough strength for both of them. Infused with a deep reverence for the rugged beauty and harsh realities of the Montana landscape, Walking Out is both a tense survival saga and a disarmingly moving father-son tale. Featuring Bill Pullman.

Then [27 mins., 48 secs.], I’m joined by the director of the documentary Dealt and the film’s subject, card mechanic (or close-up magician) Richard Turner. One of the most renowned card magicians of all time, Richard Turner astounds audiences around the world with his legendary sleight of hand. What they may not even realize – and what makes his achievements all the more amazing – is that he is completely blind. Charting Turner’s colorful life from his tumultuous childhood to the present, Dealt reveals how through determination and force of will, he overcame seemingly insurmountable obstacles to rise to the top of his profession. It’s both a tantalizing, up-close look at the secretive world of magic and a candid, awe-inspiring portrait of a man who lives beyond his limitations. Check out the FIlmwax Radio Facebook page for some of Turner’s sleight of hand, just for the podcast. 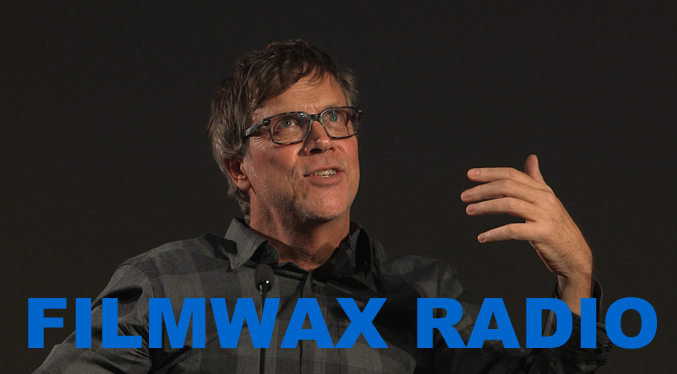 In the first segment [8 mins. 22 secs.], award-winning documentary filmmakers Rachel Grady & Heidi Ewing (Jesus Camp, Detropia) return to the podcast (they were last on Episode 49!) to discuss their latest film, One of Us, which is being released by Netflix. Produced over three years, the film take a deep and moving look at the lives of three individuals who have chosen to leave the hugely insular world of Hasidic Judaism. The film follows Etty, a mother of seven, as she decides to leave a violent marriage and divorce her husband; Ari, a teenager on the verge of manhood who is struggling with addiction and the effects of childhood abuse; and Luzer, an actor who, despite having found success in the secular world, still wrestles with his decision eight years earlier to leave the Hasidic community. The film will run on the company’s streaming platform internationally, and also have a theatrical run in select cities including at the IFC Center in NYC as of October 20th.

Next [47 mins. 18 secs.], the podcast is happy to welcome back one of its favorite filmmakers, Todd Haynes (Poison, Carol). Todd is back (he was last on Episode 329) with a brand new film, Wonderstruck, which was adapted from Brian Selznick’s novel of the same name by Selznick himself, and is being distributed by Amazon Studios & Roadside Attractions. Ben and Rose are children from two different eras, both deaf, who secretly wish their lives were different. Ben longs for the father he has never known, while Rose dreams of a mysterious actress whose life she chronicles in a scrapbook. When Ben discovers a puzzling clue in his home and Rose reads an enticing headline in the newspaper, both children set out on quests to find what they are missing that unfold with mesmerizing symmetry. The film is playing theatrically around the country beginning on Friday, October 20th. 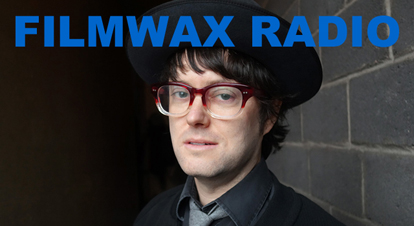 The guest on this episode is Monihan (Le Voz de Los Silenciados), who returns for his 2nd visit to the podcast. The last  time he was on, Episode 283, a segment on Fandor’s FIX Shorts back in 2015. Monihan returns with his second feature film, From Sea to Shining Sea, a comedy hybrid of a road movie. The film is about two friends, one a pasty white filmmaker named Monihan, the other a chocolate complected Dutch man named Robert Boerleider. Together, in Monihan’s mother’s beater, the two document their coast to coast journey across today’s tumultous USA. The film has its Brooklyn premiere this Sunday, October 15th, 3:15 at the Syndicated Theater at the Bushwick Film Festival. 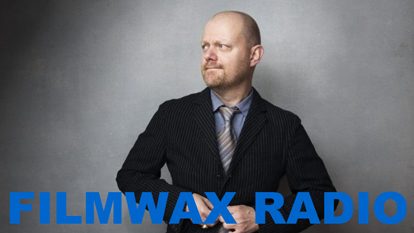 In the first of two segments, [3 mins. 56 secs.] filmmaker Alexandre O. Philippe stops by to discuss his feature documentary which is entirely devoted to 3 minutes of a famous horror film. Psycho’s shower scene is, without any doubt, a touchstone moment in modern film. And in Phillippe’s film 78/52, he —along with a number of talking heads including Guillermo del Toro, Elijah Wood, Eli Roth, Peter Bogdanovich, Bret Easton Ellis, Jamie Lee Curtis, and others— dissect the scene with love and affection. The title refers to the 78 cuts and 58 set-ups that Alfred Hitchcock employed to create the scene. The film opens in NYC at the IFC Center on Friday the 13th (of October), as well as other select theaters across the country and on digital platforms.

[30 mins. 45 secs.] Then I welcome back distributor, filmmaker and industry pioneer, Jeff Lipsky back for his second visit to the podcast. He was last on Episode 303. Jeff has just announced the launch of a new company, Glass Half Full Media, a distribution consulting firm. Additionally, Lipsky is putting the final touches on his latest directorial effort, The Last, due out in 2018. The film is the 7th feature film he has directed. 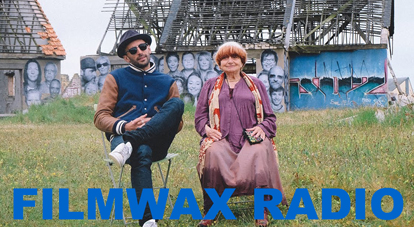 Another episode of the podcast dedicated the New York Film Festival 55th edition. First up, a conversation with the found of the PBS series, American Masters, Susan Lacy. Lacy has since gone off on her own to direct and produce independent documentaries. Her latest, Spielberg, is an intimate portrait of the filmmaker Steven Spielberg which premiered and screened at the New York Film Festival. Tonight, Saturday, October 7th, the film premieres on HBO at 8PM. Through exclusive interviews with actors, family, and the filmmaker himself, this unprecedented documentary pulls back the curtain on the remarkable career of Steven Spielberg. Joining Susan is producer Jessica Levin.

Nouvelle Vogue icon Agnès Varda has a conversation with her latest filmmaking collaborator, photographer/muralist JR, about their work Face Places which just had a couple of screenings at the New York Film Festival and which is currently having a theatrical run at the Quad Cinema & Lincoln Plaza Cinemas in New York City. In this intimate conversation for the podcast, the two discuss their journey through rural France and the unlikely bond that formed between the two of them. 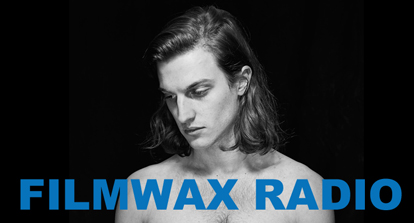 [4 mins. 10 secs.] Filmwax Radio is happy to welcome back the Artistic Director of the Hamptons International Film Festival, David Nugent. The festival going into its 25th year will run from October 5th — 9th. More interviews and coverage is upcoming in the next few episodes of the podcast. Tickets are available for various screenings and talks taking place in East Hampton, Southampton & Sag Harbor, Long Island.

Up next, [18 mins. 50 secs.] filmmaker Mike Day with The Islands & the Whales, a documentary feature set in the North Atlantic Faroe Islands where man’s relationship with the natural world is pushed to the limits. The film opens at the IFC Center on Friday, October 6th for a week-long theatrical run followed by a nationwide broadcast on POV & streaming as of Monday, October 9, 2017. Check your local listings.

Lastly, [42 mins. 50 secs.] actor turned filmmaker Peter Vack in his directorial debut with his SxSW hit comedy, Assholes. Adah (Peter’s real life sister Betsy Brown) and Aaron (filmmaker Jack Dunphy) are recovering addicts who are struggling to stay sober. After meeting in their psychoanalyst’s waiting room, they fall in love, relapse on poppers, and become the biggest assholes in New York City. The film, distributed by our friends at Factory 25, will open theatrically in NYC at the Cinema Village on Friday, October 6th and then goes on cable and streaming platforms on October 24th.

This episode is dedicated to the memory and music of Tom Petty. May he rest in peace.